The term arthritis literally means inflammation of a joint, but is generally used to describe any condition in which there is damage to the cartilage. Inflammation is the body's natural response to injury. The warning signs that inflammation presents are redness, swelling, heat and pain.

The cartilage is a padding that absorbs stress. The proportion of cartilage damage and synovial inflammation varies with the type and stage of arthritis. Usually the pain early on is due to inflammation. In the later stages, when the cartilage is worn away, most of the pain comes from the mechanical friction of raw bones rubbing on each other.

There are over 100 different types of rheumatic diseases. The most common are:

Osteoarthritis: Osteoarthritis is also called as degenerative joint disease; this is the most common type of arthritis, which occurs often in older people. This disease affects cartilage, the tissue that cushions and protects the ends of bones in a joint. With osteoarthritis, the cartilage starts to wear away over time. In extreme cases, the cartilage can completely wear away, leaving nothing to protect the bones in a joint, causing bone-on-bone contact. Bones may also bulge, or stick out at the end of a joint, called a bone spur.

Osteoarthritis causes joint pain and can limit a person's normal range of motion (the ability to freely move and bend a joint). When severe, the joint may lose all movement, causing a person to become disabled. Disability most often happens when the disease affects the spine, Knees, and Hips.

Rheumatoid Arthritis: This is an auto-immune disease in which the body's immune system (the body's way of fighting infection) attacks healthy joints, tissues, and organs. Occurring most often in women of childbearing age (15-44), this disease inflames the lining (or synovium) of joints. It can cause pain, stiffness, swelling, and loss of function in joints. When severe, rheumatoid arthritis can deform, or change, a joint. For example, the joints in a person's finger can become deformed, causing the finger to bend or curve.

Rheumatoid Arthritis affects mostly joints of the hands and feet and tends to be symmetrical. This means the disease affects the same joints on both sides of the body (both the hands or both feet) at the same time and with the same symptoms. No other form of arthritis is symmetrical. About two to three times as many women as men have this disease.

Psoriatic arthritis: This form of Arthritis occurs in some persons with psoriasis, a scaling skin disorder, affecting the joints at the ends of the fingers and toes. It can also cause changes in the fingernails and toenails. Back pain may occur if the spine is involved.

Osteoarthritis is caused by the wearing out of the cartilage covering the bone ends in a joint. This may be due to excessive strain over prolonged periods of time, or due to other joint diseases, injury or deformity. Primary osteoarthritis is commonly associated with ageing and general degeneration of joints.

Secondary osteoarthritis is generally the consequence of another disease or condition, such as repeated trauma or surgery to the affected joint, or abnormal joint structures from birth.

Rheumatoid arthritis is often caused when the genes responsible for the disease is triggered by infection or any environmental factors. With this trigger body produce antibodies, the defense mechanism of body, against the joint and may cause rheumatoid arthritis.

Fractures at joint surfaces and joint dislocations may predispose an individual to develop post-traumatic arthritis. It is considered that your body secretes certain hormones following injury which may cause death of the cartilage cells.

There are more than 150 different forms of arthritis. Symptoms vary according to the form of Arthritis. Each form affects the body differently. Arthritic symptoms generally include swelling and pain or tenderness in one or more joints for more than two weeks, redness or heat in a joint, limitation of motion of joint, early morning stiffness, and skin changes including rashes.

Prolotherapy takes its name from the increase in healthy tissue that develops after the injection. This increased tissue strength is beneficial in healing tissue tears, like ligaments as well as loose tissue, like lax shoulder capsule. The main active ingredient in the injection is dextrose. Dextrose solution, by way of osmotic attraction, brings a natural healing response. 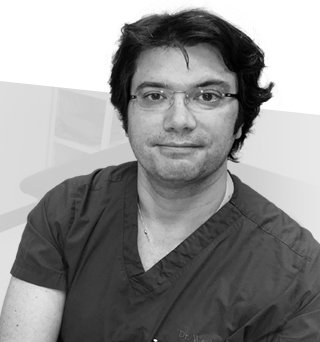 For all appointments & inquiries